1. Most expensive bag ever sold – $379,261.00
Recently, a Hermès Birkin bag was sold at auction for $379,261. Mind blown! I was shocked to learn that even the simplest Birkin Bags start at about $10,000. For that price, I image that the bags are made in a jewel encrusted castle by unicorns that drink liquid gold. Alas, these bags are made by one artisan at a time in a factory in France. 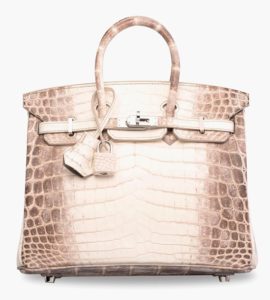 For that price, this must be the greatest bag ever. It must have magical powers or offer eternal youth to its carriers. But wait… you can imagine my surprise to find out about the controversy for the cruel ways the crocs were treated and killed (PETA did a big expose), and that Jill Birkin, for whom the Birkin bag was designed, not only hasn’t carried the bag in years but also demanded that Hermès take her name off the bag learning of the “cruel” methods used to make the famous accessory. The issue has since been resolved but still, six figures for a heavy handbag that isn’t magical? 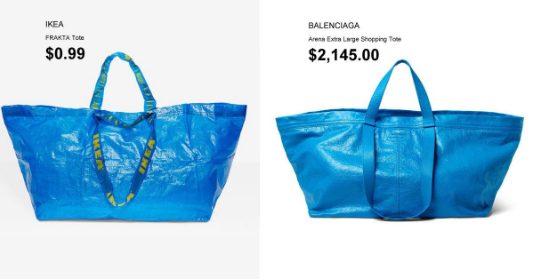 Ikea told Today, “We are deeply flattered that the Balenciaga tote bag resembles the Ikea iconic sustainable blue bag for 99 cents. Nothing beats the versatility of a great big blue bag!” In April, Ikea even released a humorous ad complain comparing the two bags. 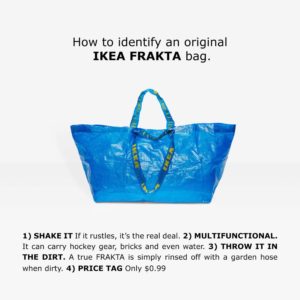 The fine print reads:
How to identify an original IKEA FRAKTA bag
1) Shake it. If it rustles, it’s the real deal. 2) Multifunctional. It can carry hocky gear, bricks and even water. 3) Throw it in the dirt. A true FRAKTA is simply rinsed off with a garden hose when dirty 4) Fold it. Are you able to fold it to the size of a small purse? If the answer is yes, congratulations. 5) Look inside. The original has an authentic IKEA tag. 6) The price tag. Only $0.99
Good one Ikea and I guess kudos to Balenciaga for pulling it off.

3. Kendall and Kylie Jenner’s Chinese Takeout Handbag – $150
I love Chinese takeout but not enough to want to carry around a container as my handbag. Not only did Kendall and Kylie show cultural insensitivity by calling the bag “Lee” but it also bears great similarity to Kate Spade’s Chinese Takeout inspired bag that was released Fall 2014 (see below). Nordstorm sold the Jenner bag for $150 but for now, we’ll have to attach a chain to our own take out containers because the bag is sold out. 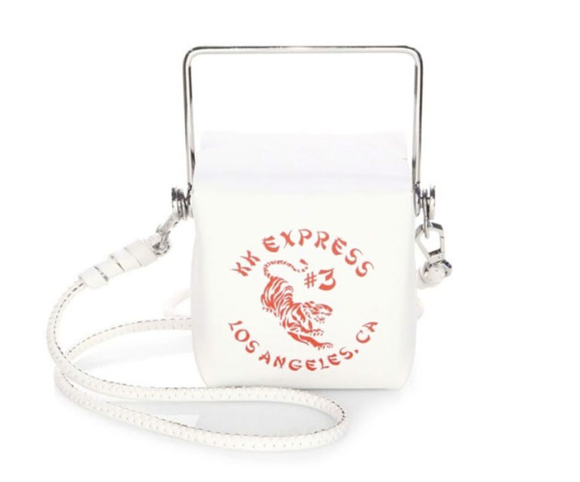 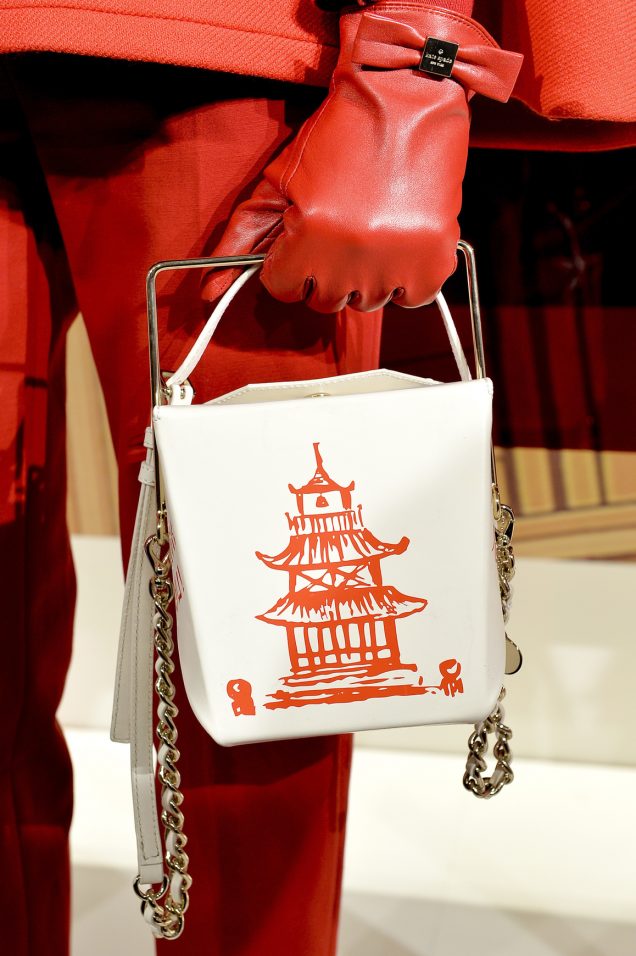 Leave a reply Click here to cancel the reply

How to travel with only one handbag 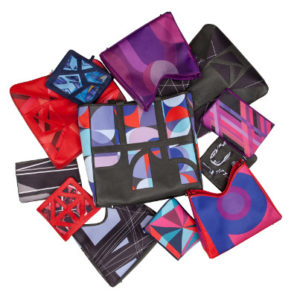